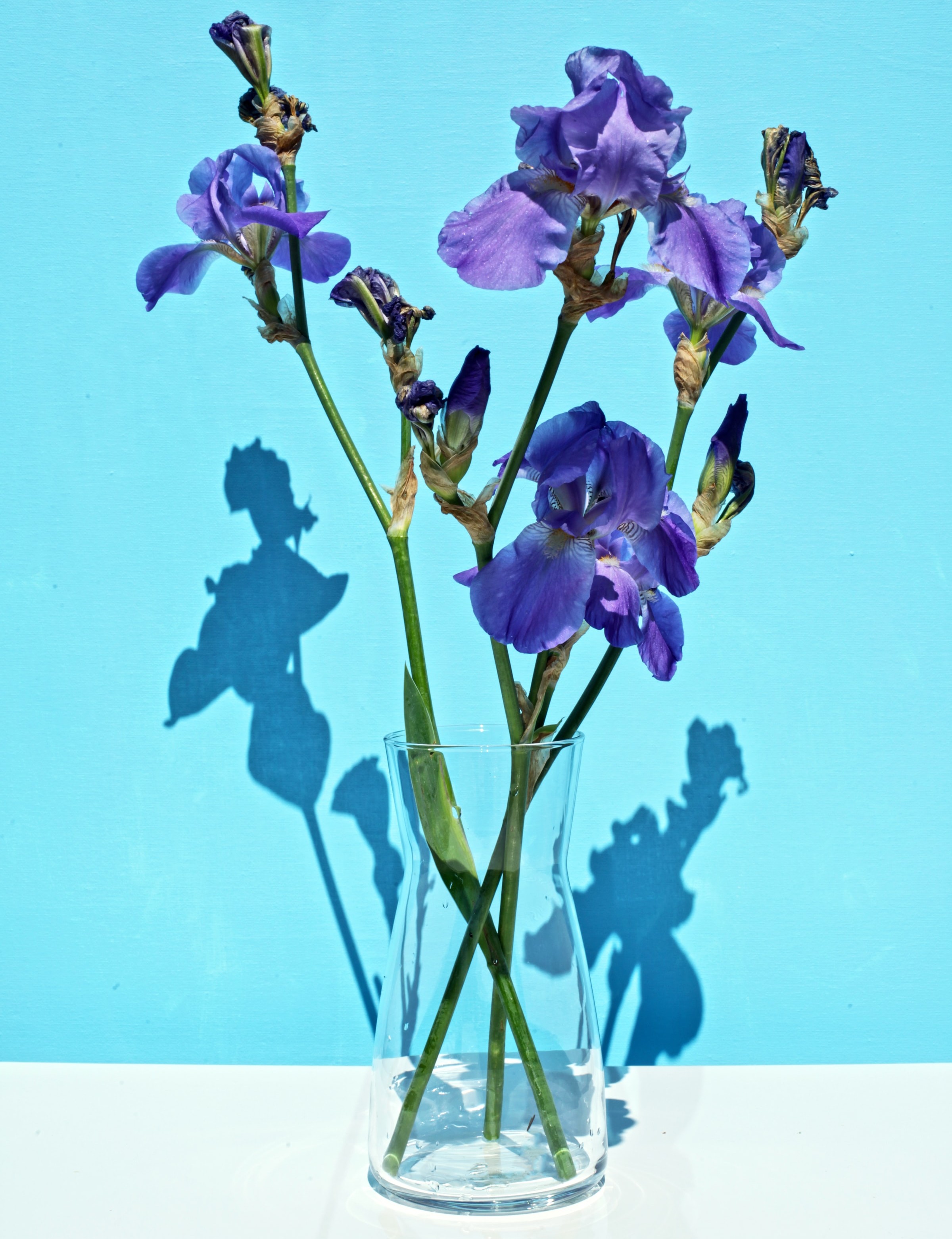 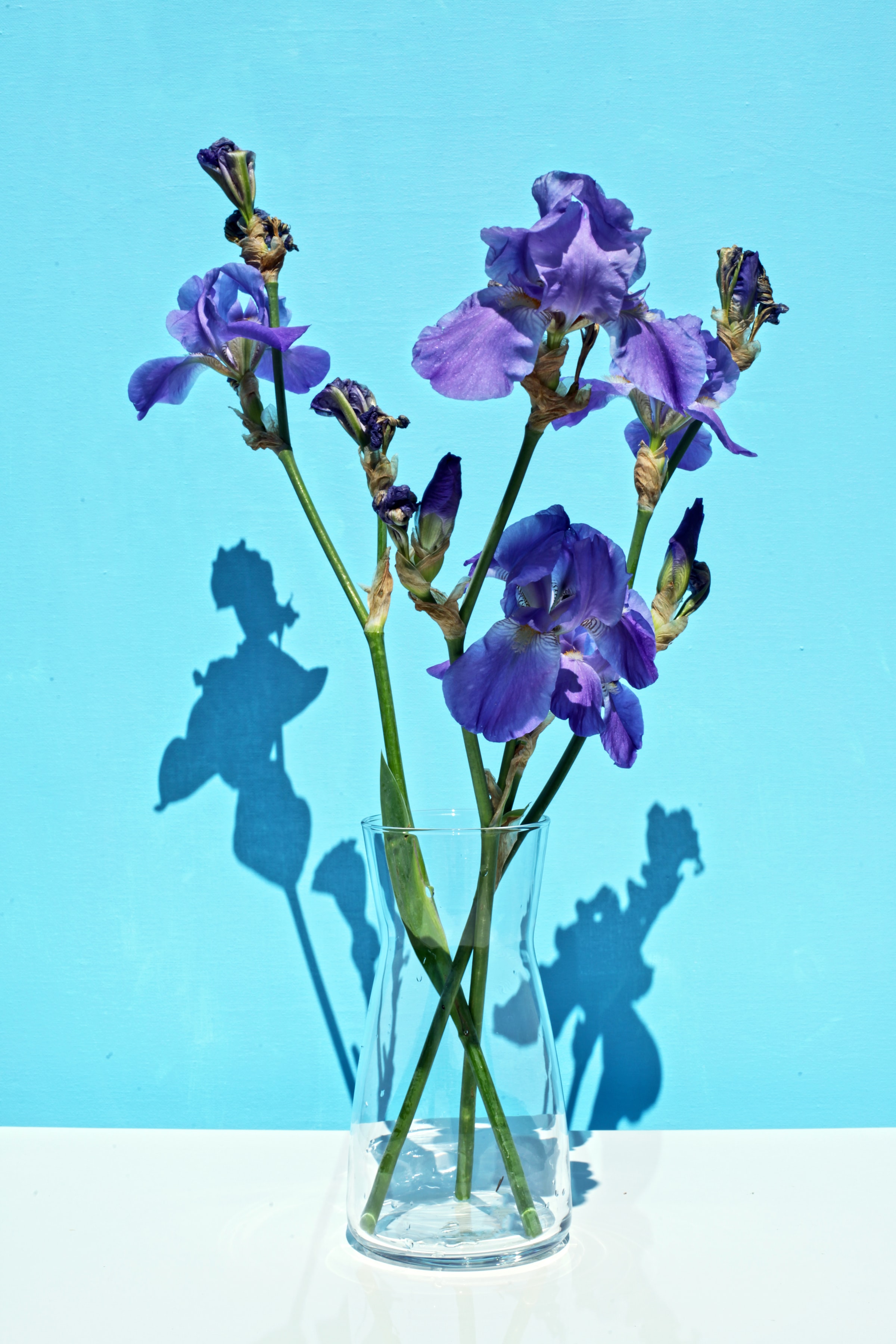 Become a Member of GIS

If you would like to join the Georgia Iris Society, you may do so by downloading and completing the above membership application, and mailing it to the address listed on the form, or bringing it to one of our meetings. Please include a check, payable to 'GEORGIA IRIS SOCIETY', in the amount of the appropriate fee for your desired membership level:

This article was originally compiled in 2008 by longtime member Betty Hartzog, and modified in 2021.

The Georgia Society Constitution (By-laws) states: "ARTICLE II, OBJECT, The Georgia Iris Society is a non-profit Society, and is organized to promote, encourage and foster the development and improvement of the Iris and public interest therein by all suitable and appropriate means."

Through the years, this aim has been accomplished by conducting American Iris Society (AIS) judges' training, conducting approved standard annual shows, advertising our local meetings, and inviting the public to attend guest-speaker presentations. Presentations provide instructions on how to plant and care for the Iris, how to groom their iris for shows, and even use them in flower arrangements. Many AIS Presidents have held many meaningful meetings for the Georgia Iris Society (GIS) and 5th Region.

The information below was gathered from conversations with Mr. and Mrs. Harry Turner, Carolyn Hawkins, and Betty Hartzog, as well as compiled from the AIS Bulletins and other memorabilia. Harry Turner served for a long time as Show Chairman and was in charge of Classification and Entries for many, many years. Juanita Turner, his wife, served as Secretary and also served on the Food Committees. Senior members of GIS, it is from the Turners' memories that we learn of the Society’s beginnings. A complete chronicle of facts and names has not been assembled to date.

After World War II (in the late 1940’s) Mrs. Tolinson and Mrs. Annie Fay Pierce, Garden Club Judges from one of the local garden clubs, started the GIS. The Society met at Rich’s Department Store and also held their Iris Shows there. Rich’s printed the show schedules, served a luncheon in the Magnolia Room, and provided engraved silver awards for the winners. These awards were non-rotating, and highly prized by the winners. There was a lot of competition to be named Best in Show.

Mr. M. B. Satterfield was a 5th Regional Vice President (RVP) and was one of the first local people to grow new introductions in 1955. At that time Mr. Satterfield was Harry Turner’s boss. He introduced him to the world of Iris and mentioned and encouraged him to enter the shows and to hybridize for the future.

Members of the GIS encountered many of the problems common to growing iris, especially in the humid South. Many theories about how to grow healthy iris were running rampant. It was trial and error for awhile. When it came to fighting leaf spot, for instance, there were many theories: one was to burn off the old foliage; another was to save coffee grounds and incorporate them into the beds. Systemic pesticides were tried for the nematodes, while Clorox and Comet cleanser were employed in an attempt to combat bacterial soft rot.

In 1990-1992, the Atlanta area experienced hot, humid, and rainy springs that spared no gardens from bacterial soft rot. The Hybridizers Exhibition Garden planted at the University of Georgia in Athens experienced almost complete failure due to the poor growing conditions. Mr. Bob Terpering visited the garden and dug out the remaining rhizomes, bringing them to Atlanta to be replanted.

This situation was an especial concern, as GIS and Region V were scheduled to host the American Iris Society National Convention in 1992, with 900 expected attendants. As the weather continued to show no sign of improvement, everyone was holding their breaths just hoping that there would even be any iris to show. Thankfully, most of the plants rescued by Bob were able to be saved, and the majority of them bloomed during the Convention, proving that iris could be successfully grown in the area, and restoring the hope of hybridizers and conventioneers.

Working with the Agricultural Department of the University of Georgia, Harry Turner sought a remedy for the bacterial soft rot. The use of Agrimycin and Streptomycin were tested, and they were found effective in combating the scourge along with better gardening techniques and planting in raised beds.

Hosting a National Convention was a major undertaking for the members of the GIS and Region V. Mr. Bob Terpering was the General Chairman of the Committee to bring this about. He did a wonderful job in coordinating with the AIS and all the affiliates for their assistance in all phases of these plans. Mrs. Ruth Wilder was the RVP and Dick Hammond was President of GIS at this time. Plans were set for the “Region V Comes Alive” Convention to be held at the Waverly Hotel in Atlanta, GA, April 28-May2 1992. All the meetings would be held at the hotel, along with a flower show. Optional tours were also scheduled, with attendees taken to their choice of locations on their first day, and boarding busses for a tour of the gardens each day after that.

In the spring of 1991, a mini bus-tour was scheduled to see if the plans were feasible. The rehearsal included the Kopp Garden in Jonesboro, GA, the Lewis Garden in Conyers, GA, the Jellum Garden, Orchard Hill, GA, the Lockerly Arboretum in Milledgeville, GA, and the Stewart Garden in Griffin, GA, plus a luncheon at a local Church. The mini tour was enjoyed by all attending, and the plan declared a success.

Over 1021 varieties of guest iris were sent by hybridizers to be planted in guest gardens for the convention. Many of them were multiples, intended to be planted in more than one garden. Mr. and Mrs. Embry took charge of these rhizomes, making garden markers and distributing them to the garden owners. They also created lists of the varieties, color codes, and beds in which each iris could be found in the gardens. Their magnificent guide was published in the Convention Handbook.

Much enthusiasm was exhibited by the members of the GIS and Region V. Everyone was happy to jump in where they were needed. Many came and volunteered to weed and clean the areas. Some of the members took posts in the gardens, to greet and answer any questions that might arise, and to help serve food and beverages. GIS Members and Region V Members donated some wonderful Southern treats for the attendees—there were many comments about how good the food was! Attendees arrived from all across America, Canada, Australia, and Switzerland. Everyone worked—and worked hard—but it was an enjoyable and an educational experience for us. Many laudatory comments and letters were received after the Convention. So, it was a success!

The twelve Convention Gardens consisted of:

The Guest Garden planted at the Waverly Hotel was disrupted by construction on the site and many of the name plates were misplaced in the moving of the rhizomes to a different area and some were lost to bacterial rot.

GIS has hosted Region V meetings to conduct judges' training and conduct regular business of the Region.  Members of the GIS have opened their gardens for Region V affiliates to visit during these meetings along with other GIS members. This training has broadened the newcomer’s knowledge of what can be accomplished with the Iris in garden settings and familiarize themselves with both new and old introductions.

Nominal membership fees and member-donated Iris for the annual auction/sale have provided the funds needed to host the annual Iris Shows in the past. At one time, Harry Turner donated over 700 rhizomes to support our sales; these were planted by Jimmy McRay and Ted Mansfield. The Society has often voted to purchase some of the latest hybridized Iris for sale to the public. Mary Bolton, Paul and Cookie Thomas, and many others members have devoted themselves to potting and tended these Iris for this sale. For many years, the sale was held successfully at the Bolton’s property, before moving to its current home at St. Bartholomew Episcopal Church on Lavista Road in Atlanta.

The GIS still promotes the growth of Iris and educates the general public on the planting and care thereof. Membership has grown over the years as more people are introduced to one of the most beautiful flowers we can grow.

To all of you unsung members who have been there working behind the scenes keeping the spirit of “The Show must go on” and the Society moving forward we say thank you, and keep up the good work!

Some of the GIS Presidents and Regional Vice Presidents are listed below. They are not necessarily in sequential order, nor is it a complete listing:

In more recent years, GIS has been headed by Cindy Thompson, Kathy Blackwell, Ron Tuck, Diana Wright, and Henry Everett, who is our current President.

Public accomplishments of the GIS and members

Region V has produced Hybridizers throughout the years—some with outstanding accomplishments include: